Rippers Weekly Recap 4/8: Elon Musk Becomes The Largest Twitter Shareholder And Comments On My Tweet, Plus Much More Major News 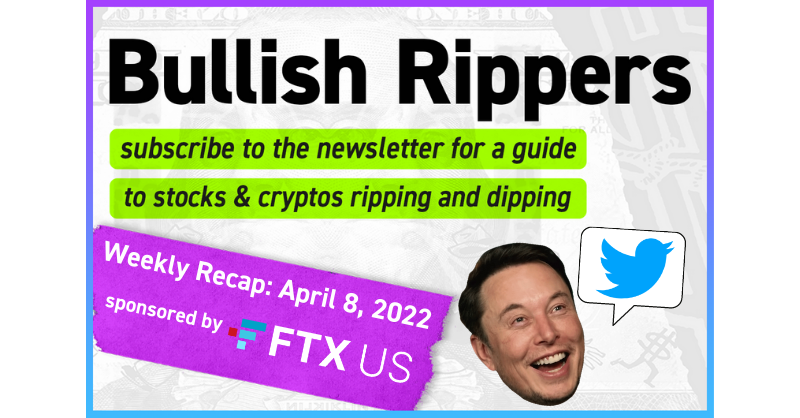 Hey everyone, it’s Evan! But I’m better known online as @StockMKTNewz. If you know me, you know I tweet way too much for any sane person to track. So, I thought I would narrow down my hundreds of tweets to get you caught up here in under 5 minutes on all the news from today you need to know!

Today, we're doing a quick recap of the best and worst of the markets, the biggest headlines, and a surprise tweet from this week!

Many of you would have seen I got a response from Elon Musk this week! Here’s what happened: 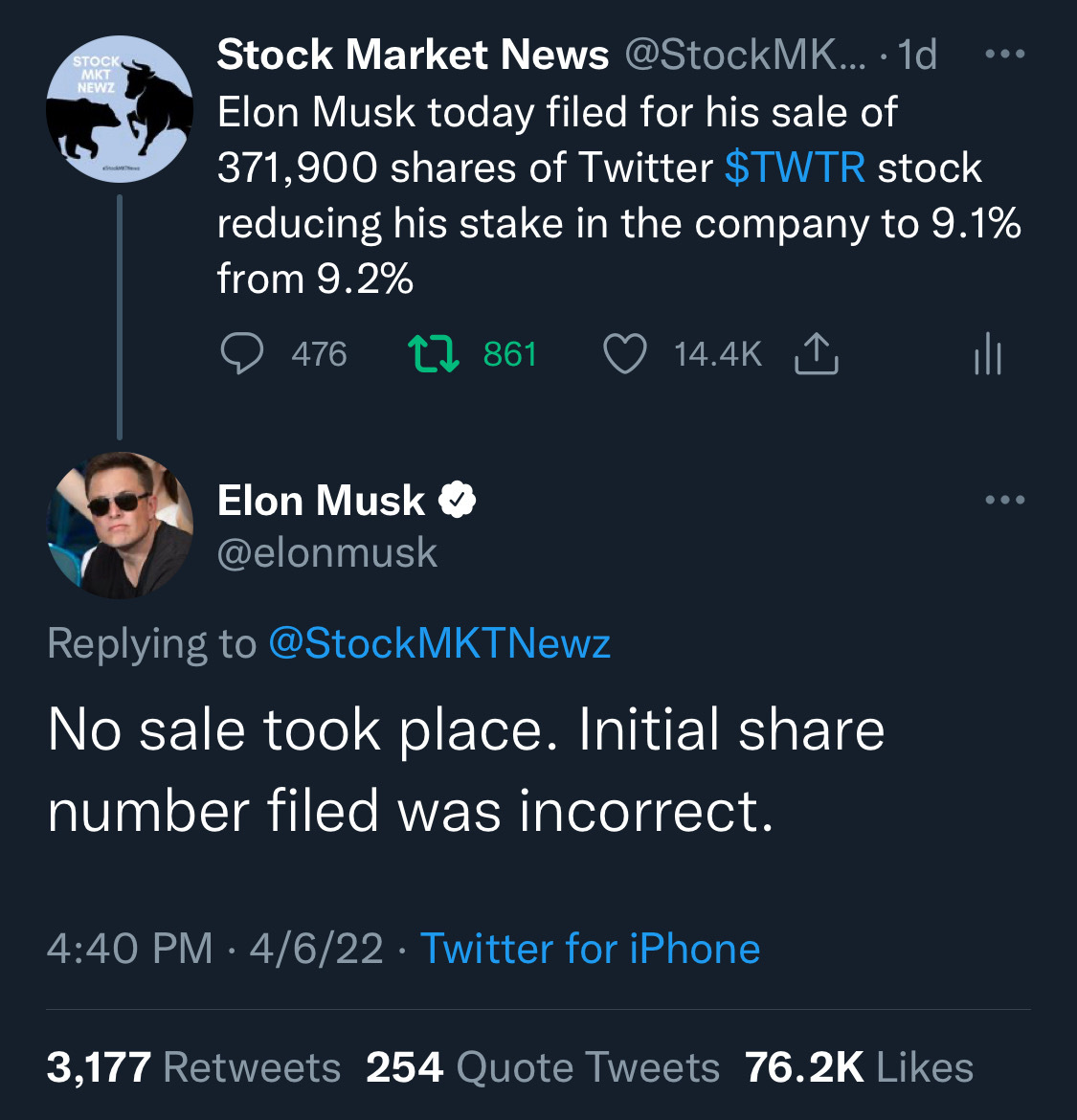 On Monday, Elon filed for his purchase of Twitter stock. In that filing, he disclosed owning 73,486,938 shares of Common Stock.

The next day, Elon submitted another filing showing him owning 73,115,038 shares of Twitter common stock, 371.9K less shares than he had filed for on the previous day.

I made the incorrect assumption — that Elon had sold the shares — we know what happens when you assume. But instead, it was a mistake on the original filing and the second was just correcting it… So the source himself, Elon came in and corrected.

This newsletter is sponsored by: 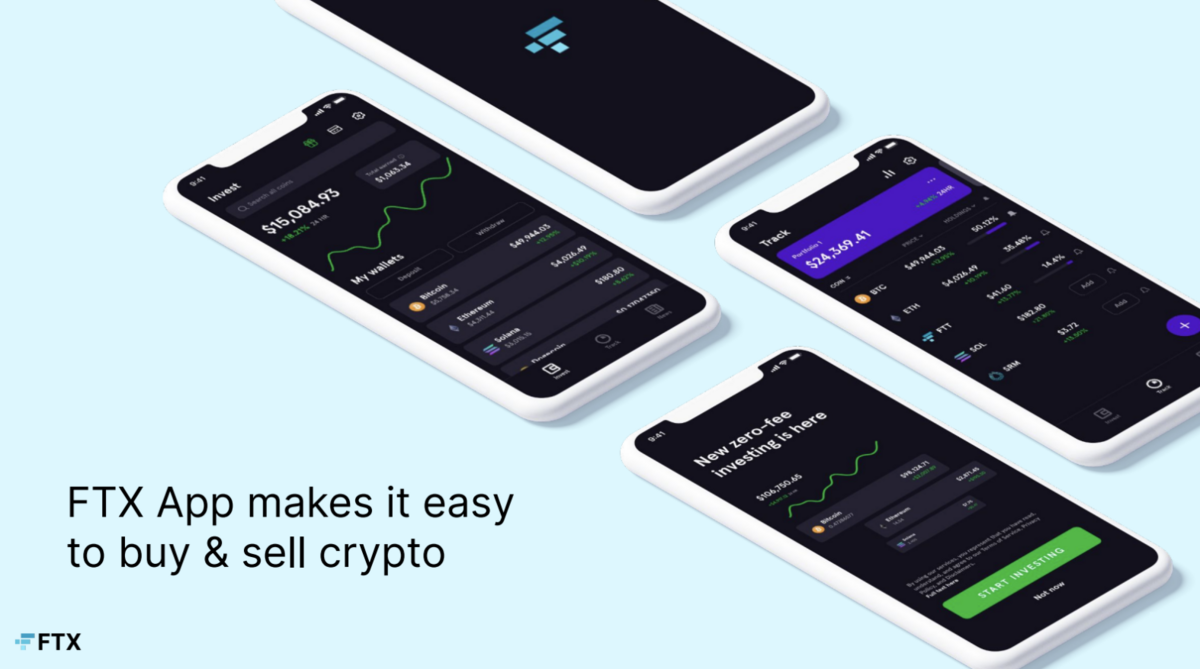 It’s the morning, and you want to see how your investments are doing. Let’s walk through the routine:

What if you could just trade all of your favorite asset classes in one place?

Guess what? That dream is about to come true thanks to FTX.

FTX, one of the world’s biggest crypto exchanges, offers a variety of crypto, fiat, and NFT options for investors, with stocks coming soon! But they aren’t stopping with stocks, there might be another asset or 2 (or 3 or 4) in the works too.

If you want to trade it, there is a good chance that FTX wants to offer it. While FTX started as a crypto exchange, the company wants to support every single trader out there, regardless of asset class.

Join millions of other investors, and come check out FTX today.

How The Stock Market Performed This Past Week 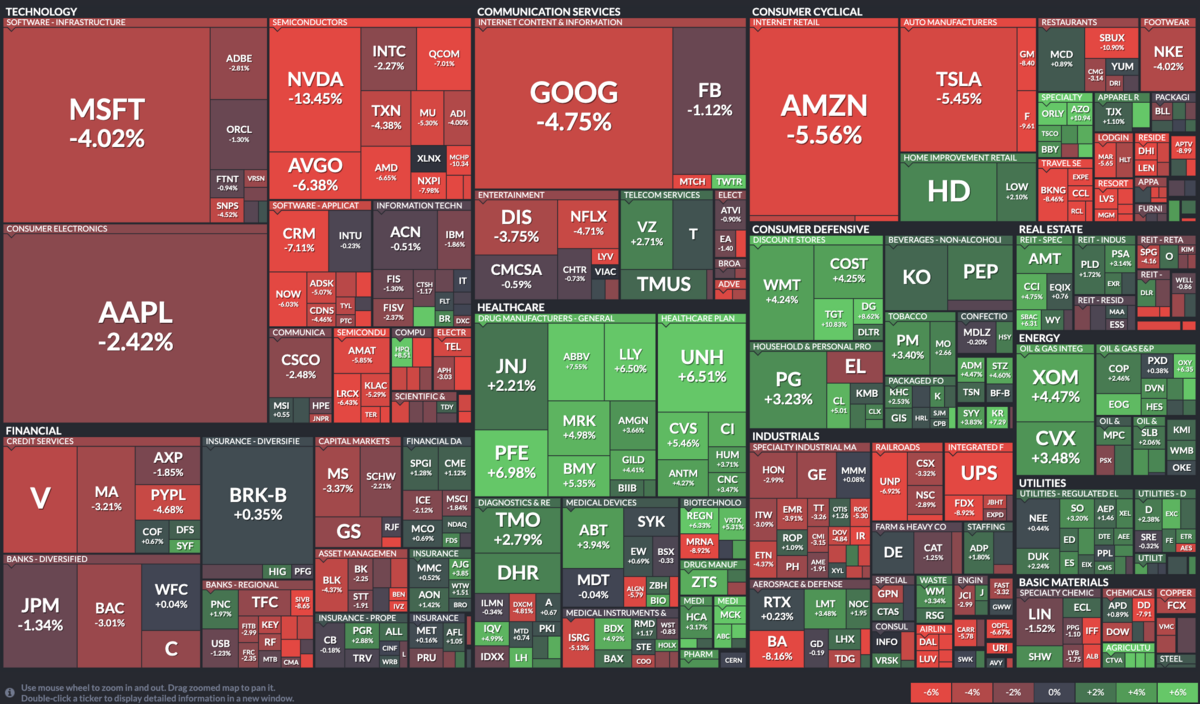 How The Largest Stocks Performed

**All images are via Finviz.com**

Major Headlines From This Week

Get Prepared For Next Week 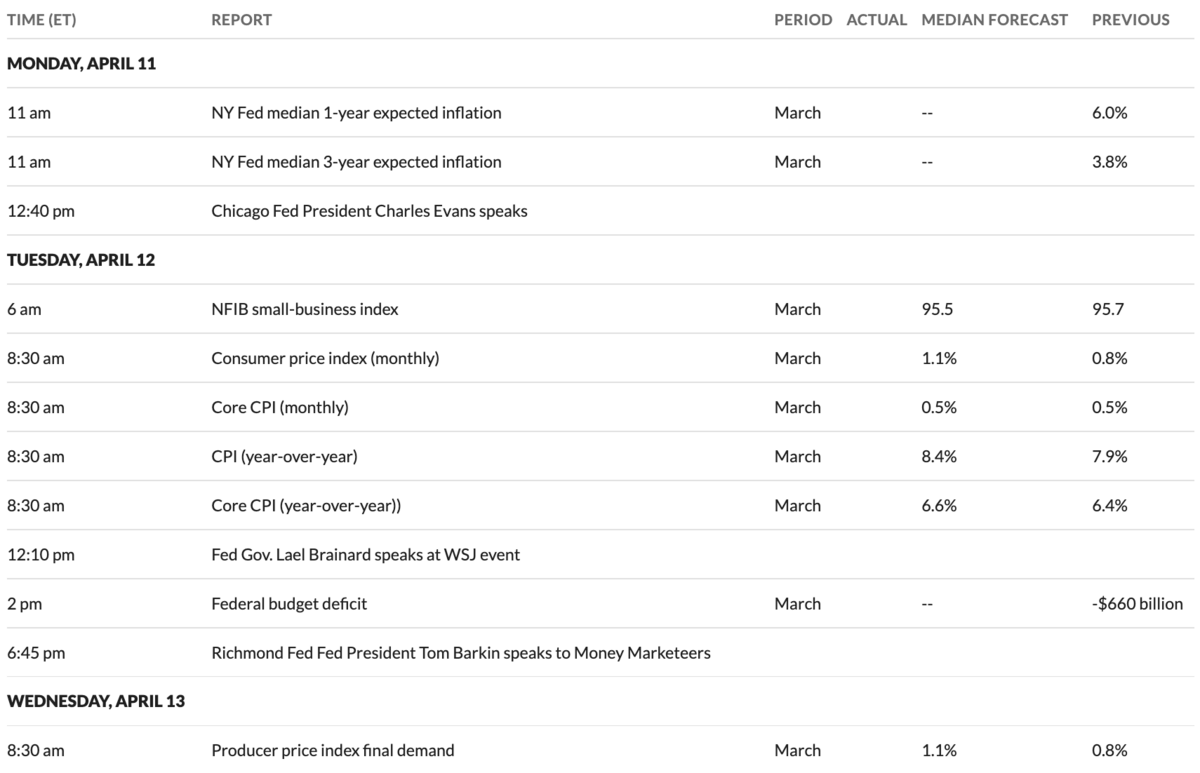 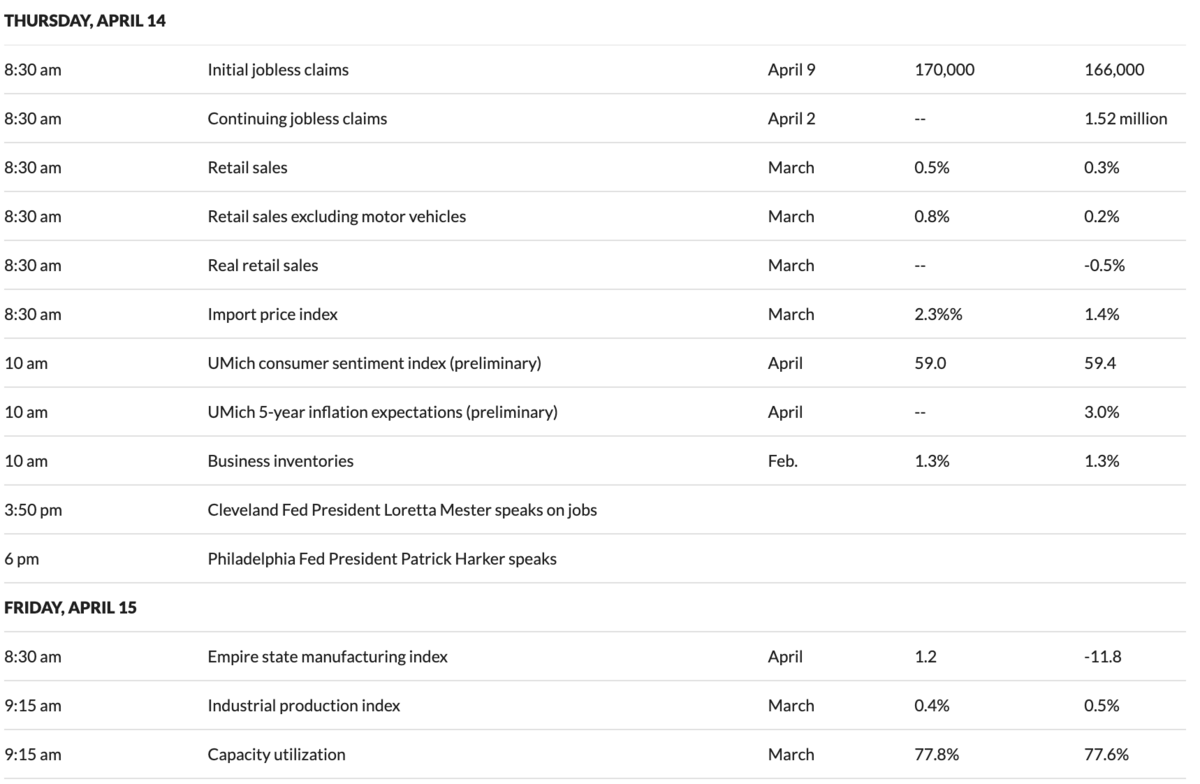 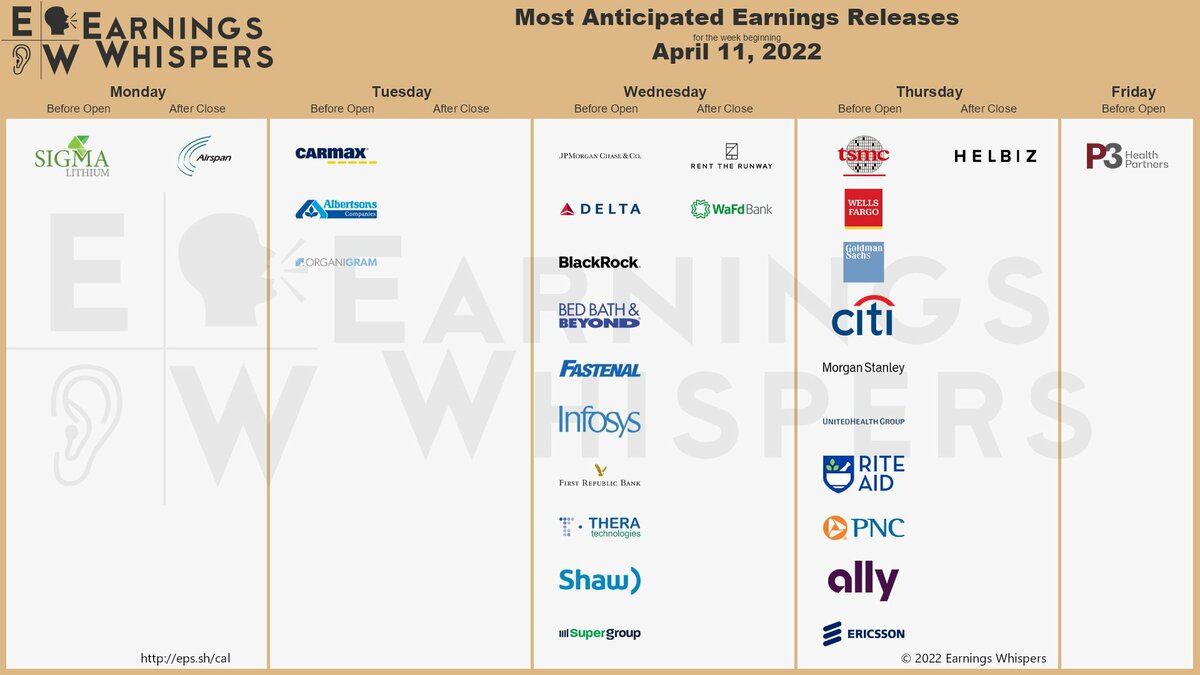 That's it for today — thanks for reading Rippers! Stay bullish, and we'll see you all in the next one 🔥 In the meantime, check out our weekly Twitter Spaces and give us a follow on Twitter!